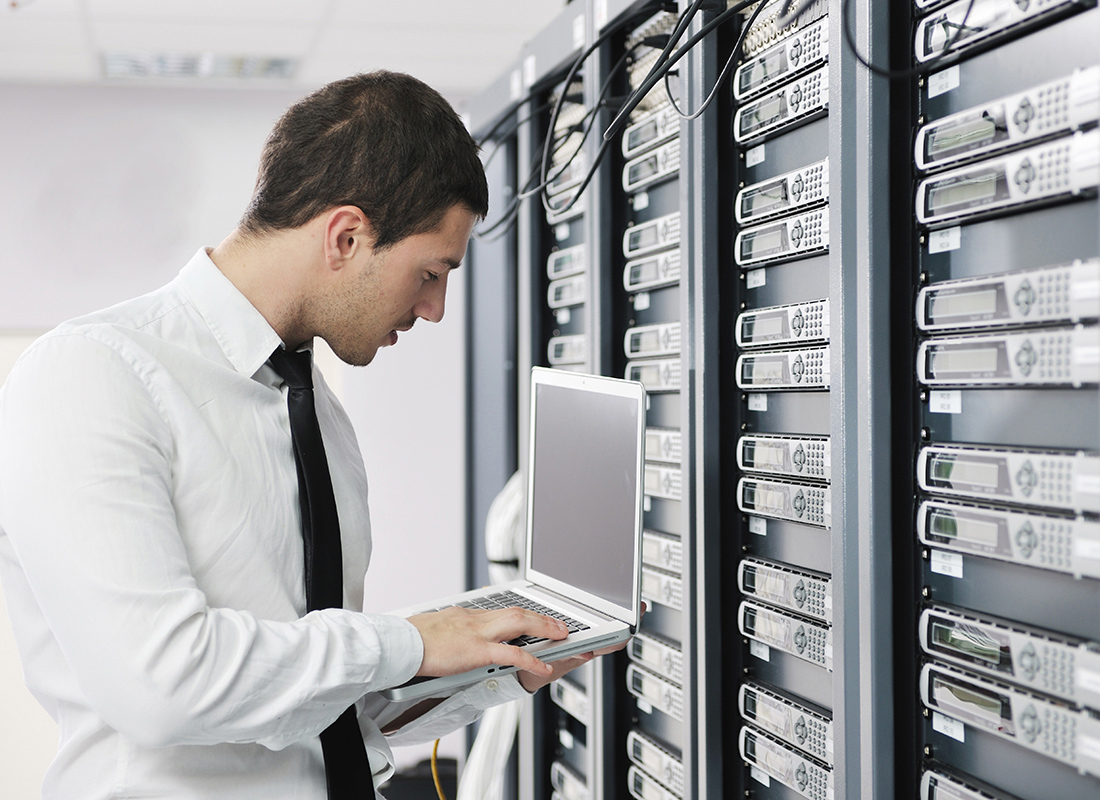 Web Technician: Occupations in Alberta - alis
Are you keen on everything from applications to zip files? Do you learn quickly and think logically? Can you express your ideas clearly? Then you may want to hyperlink to a career as a web technician.
Choose a guide...

Web technicians set up and maintain websites and web server hardware and software. They also monitor and optimize network connectivity and performance.

Interest in precision working with Web sites and Web server hardware and software; in implementing network traffic and security monitoring software; and in optimizing server performance

Interest in compiling information to research and apply meta-data to Web sites; in registering Web sites with search engines; and in performing Web server backup and recovery operations

The internet is a huge network made up of millions of links between web servers (website computers). On each server, there may be one or more:

Web technicians assist webmasters, web designers, and computer programmers. They help to set up and maintain websites and web servers. Their duties vary but, in general, web technicians:

To learn more about computer specialists who operate and support the use of other types of networks, see the Computer Network Administrator occupational profile.

Web technicians work in climate-controlled computer rooms and offices. They often work evenings and weekends. This allows them to avoid disrupting normal use of websites during peak periods. They may work 8- or 12-hour shifts (days, nights, or weekends).

This chart shows which job skills are currently in highest demand for this occupational group. It was created using this occupation's 70 most recent Alberta job postings, collected between Oct 28, 2021 and May 21, 2022.

Web technicians need expert level HTML skills. HTML is the document description language used for most websites. They may be:

Prospective web technicians should discuss their training options with potential employers before enrolling in a training program. Some employers require job applicants to have certification or training from specific software vendors.

Some web technicians work for internet service providers. Others work for organizations throughout the public and private sectors that maintain large websites.

Web technician is an entry-level position. It provides an opportunity for new post-secondary graduates to learn about:

With time on the job web technicians may move into other computer-related roles such as:

Web technicians with management-related education or experience may become Webmasters.

In the 2281: Computer network technicians occupational group, 78.1% of people work in:

In Alberta, the 2281: Computer network technicians occupational group is expected to have an average annual growth of 1.9% from 2019 to 2023. In addition to job openings created by employment turnover, 77 new positions are forecasted to be created within this occupational group each year.