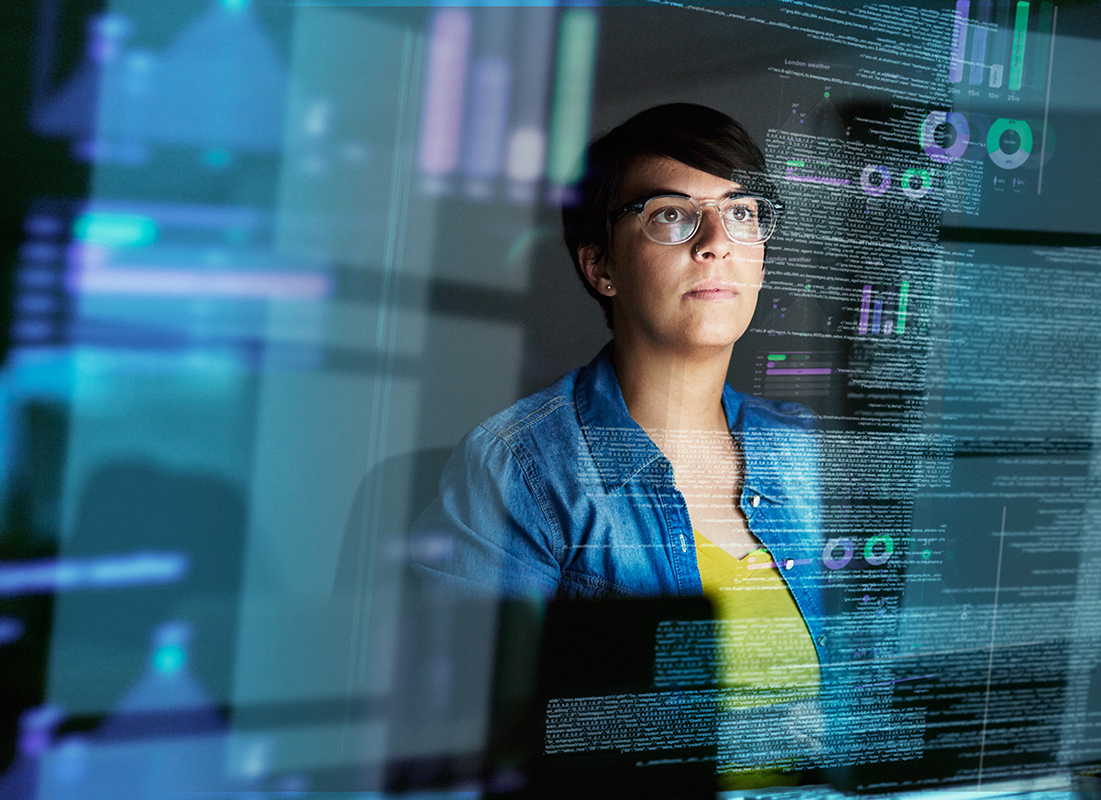 Computer Programmer: Occupations in Alberta - alis
Are you passionate about computers and logic? Can you patiently focus on problems for long periods of time? Then a career as a computer programmer may be a logical step for you.
Choose a guide...

Create New Guide What is an alis guide?
Close
Occupations in Alberta
©
iStockphoto/PeopleImages

Computer programmers create, modify, and test the forms, scripts, and code that tell computers what to do.

Interest in precision working to test, correct and refine software applications, to ensure systems meet original specifications, and to maintain existing computer programs by making modifications as required; and in planning and scheduling work within set targets

Interest in speaking to collect user requirements and to identify and communicate technical problems, processes and solutions

Computer programmers may combine and adapt existing programs or program components. They may also create computer code. They use application design and development tools. They know various computer and database languages for different types of software (such as business, commercial, engineering, and scientific software). Programming is also used in many web apps.

Computer programmers work in offices or from home. They may work shifts. They may need to work overtime to meet deadlines or debug programs.

This chart shows which job skills are currently in highest demand for this occupational group. It was created using this occupation's 100 most recent Alberta job postings, collected between Oct 15, 2022 and Feb 02, 2023.

Most computer programmers complete a program in computing science or a related discipline with a large programming component. Universities, colleges, technical institutes, and private vocational schools offer many programs. These include 3- and 4-year degree programs, 2-year diploma programs, and 1-year certificate programs.

Before choosing a program, prospective programmers should:

This is a rapidly changing field. Programmers must continuously upgrade their knowledge.

Computer programmers work for large software companies and consulting firms. Many of these are based outside of Alberta. Most programmers in Alberta work in the IT departments of large companies. They may also work at firms that develop specialized software. Employers include:

Some programmers do research and scientific work. They work for universities, research foundations, or companies that design and make computers. Some work as consultants. They develop programs for companies with specific software needs. A few teach at colleges and technology institutes.

In the 2174: Computer programmers and interactive media developers occupational group, 75.9% of people work in:

In Alberta, the 2174: Computer programmers and interactive media developers occupational group is expected to have an average annual growth of 1.9% from 2019 to 2023. In addition to job openings created by employment turnover, 269 new positions are forecasted to be created within this occupational group each year.

Earnings for computer programmers depend on their education and experience. They also depend on the size, location, and type of employer.